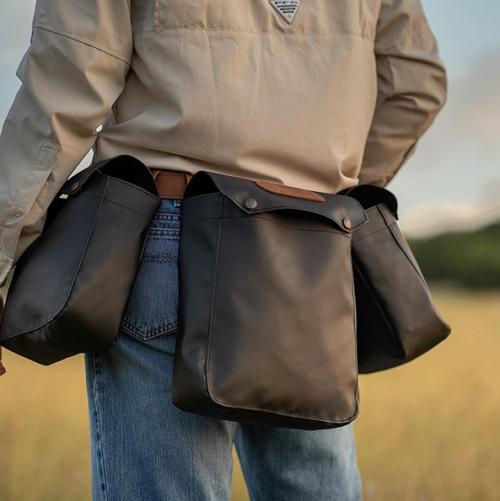 Price: $186.00
Scroll down to customize your order


This personalized deluxe game bird bag features three snap closure pockets. It has a fully lined center game bag for easy cleaning. Fits waists 28" to 48". We recommend, when ordering that you add 2" to your normal belt size. Features fabulous coated canvas with natural leather trim. Perfect for holding all your necessities when out in the field. Makes a great gift for any birthday or even a graduation present! We will use Hot Stamp only on the oiled leather. We have introduced the new oiled canvas in either khaki or olive green.  Please add your belt size in the comment section!

We recommend, when ordering, to add 2" to your normal belt size


Price: $186.00 In stock! - Browse this brand: Jon Hart DesignOur products are custom made to your specifications. This product ships up to 2 weeks after your order is placed.
Customize: