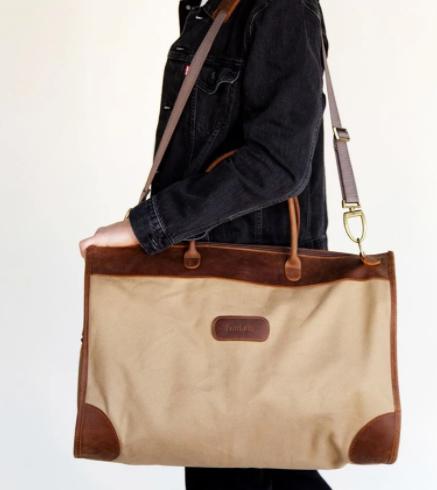 Price: $420.00
Scroll down to customize your order

Our new take on the Southtown convertible garment bag, the JH Southtown is a must-have for all travelers, especially a stylish man. Marked by the classic JH Oiled Leather & Cotton Canvas combination, this bag is fully lined to protect all of your belongings while on the go. This stylish carry-on compliant duffel bag fully unzips to convert into a hanging garment bag and folds completely flat when being stored.

Price: $420.00 In stock! - Browse this brand: Jon Hart DesignOur products are custom made to your specifications. This product ships up to 6 weeks after your order is placed.
Customize:

Appears in these galleries
Jon Hart LuggageJon Hart For Men