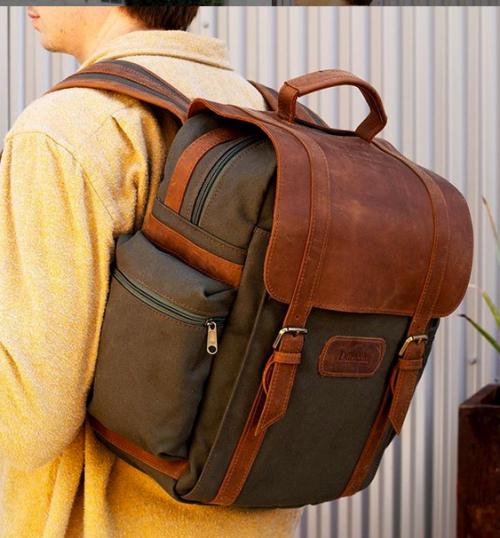 Our new JH Scout is perfect for anyone on the go. With multiple pockets inside and out, there’s plenty of room for all the necessities. The Oiled Leather & Cotton Canvas combination with a fully lined interior fits our classic JH style. Adjustable shoulder straps, padded for comfort, allow for easy hands-free carrying and flexible use. Fits just as well in the office as out on the hiking trail. For school, business, outdoors and even new parents – this versatile bag works for everything.