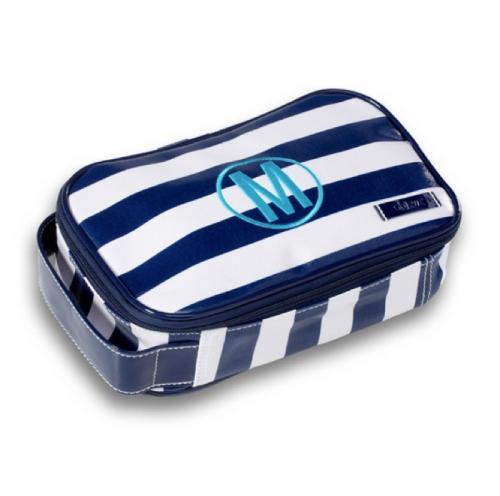 The Wellie Large Cosmetic Toiletry Case features a roomy main compartment with waterproof vinyl lining. If contents spill; the mess will be contained. The interior also features a large see-thru zip pocket under flap to secure smaller contents in place. It has 10 great colors to choose from and your monogram is on the top flap centered, approx. 2.5 inches in diameter. Side handle for easy carry and canvas Dimensions: 10.5 x 7 x 2.5. A must have for travel!

We have the wellie totes that match perfectly that will make a nice gift for teachers, graduates or new moms.


Price: $75.00 In stock! - Browse this brand: The Pink MonogramOur products are custom made to your specifications. This product ships up to 2 weeks after your order is placed.
Customize:

Appears in these galleries
City Totes