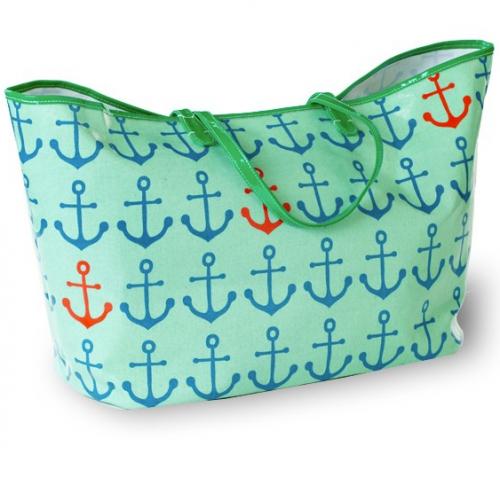 Price: $83.00
Scroll down to customize your order

A nice nautical canvas tote in shades of green with royal blue and red anchors that will make a splash at the pool or beach party. Carry all your essentials when traveling with this generous interior of 25 x 13 x 9, straps at 7.5 inches, and detachable pochette for coins to lipstick. Your monogram will appear at around 4 inches at center that will have everyone envious for your one and only bag.

Note: cotton canvas fibers are natural that as small looking dots that you can see but it isn't considered a defect only enhances the beauty.

See all of our city totes patterns and colors. Plus see our matching cosmetic bag for purchase.


Price: $83.00 In stock! - Browse this brand: The Pink MonogramOur products are custom made to your specifications. This product ships up to 2 weeks after your order is placed. There are 4 days left to order this for pre-24th delivery.
Customize: