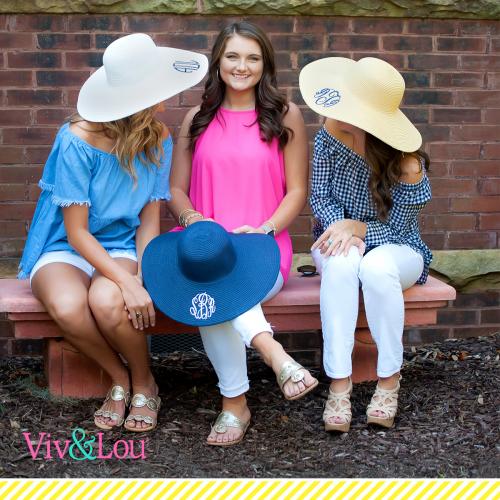 
Fun and function combine for a lightweight and stylish way to protect yourself from the sun! This paper-braided sun hat comes in several color choices and has a generous wide brim. Perfect for the beach, horse track, garden party, pool, and sporting events! Also, a fantastic way to hide a "bad hair day"!

Black, Hot Pink, Mint, White, and Pom Trimmed are Currently Out of Stock

Price: $35.00
Customer ratings: 10.0 out of 10 based on 1 ratings.
(customer ratings are limited to customers who have purchased this product)

In stock! - Browse this brandOur products are custom made to your specifications. This product ships up to 1 weeks after your order is placed.
Customize:

Appears in these galleries
Summer Gift GuideHatsSwimsuits And Coverups