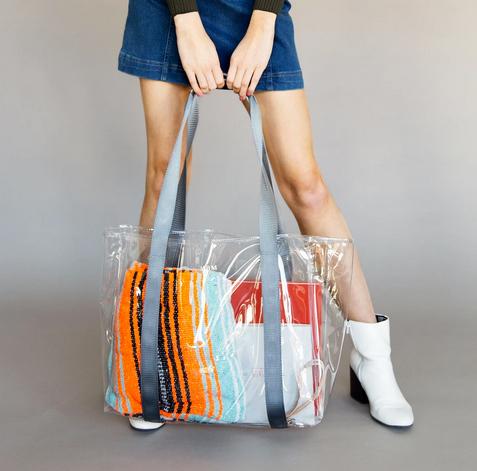 Price: $80.00
Scroll down to customize your order

This clear EXTRA-large tote bag is perfect for stuffing all your towels, magazines, sunscreen, and wet bathing suits into for a nice day at the beach or pool! Made out of clear plastic material with webbing straps that extend around the bag, show off your game day pride, and carry it to your next sporting event!  Please note only choose silver or gold foil. We do not emboss on this bag.

Price: $80.00 In stock! - Browse this brand: Jon Hart DesignOur products are custom made to your specifications. This product ships up to 4 weeks after your order is placed.
Customize: