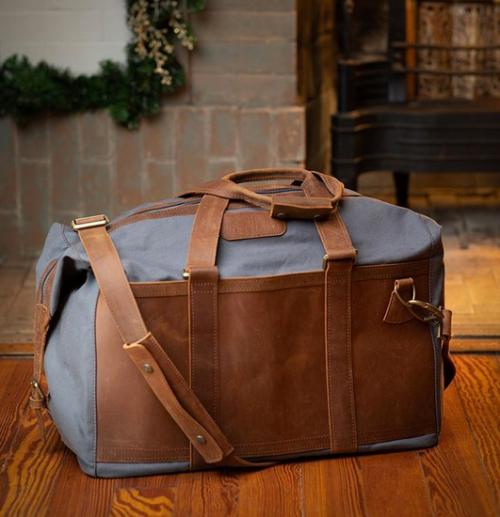 Price: $489.00
Scroll down to customize your order


Surprise him with this personalized olive canvas and an oiled leather duffel bag that will never go out of style. This duffel bag is perfect for the sophisticated business trip or guys weekend away. No matter what city or town is the destination, this duffle the always the right choice. It features a detachable shoulder strap for easy carrying, outside pockets to keep all your must-have organized and accessible.

Price: $489.00 In stock! - Browse this brand: Jon Hart DesignOur products are custom made to your specifications. This product ships up to 4 weeks after your order is placed.
Customize: