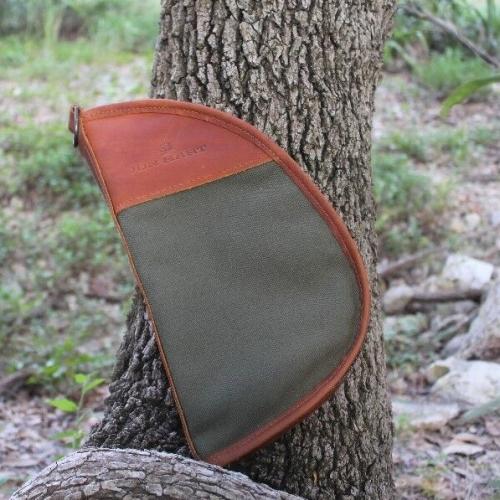 Price: $138.00
Scroll down to customize your order

This great sportsman case is designed to hold a large revolver and keep it protected in style. This case is made of Jon Harts's classic vinyl coasted canvas or cotton canvas with oiled leather trim details. It is fully lined with fleece for added protection!

Makes a perfect gift for every Sportsman in your life!

Great gift for guys and girls. Have other great outdoor items with this great leather trim and canvas colors.

Price: $138.00 In stock! - Browse this brand: Jon Hart DesignOur products are custom made to your specifications. This product ships up to 4 weeks after your order is placed.
Customize: