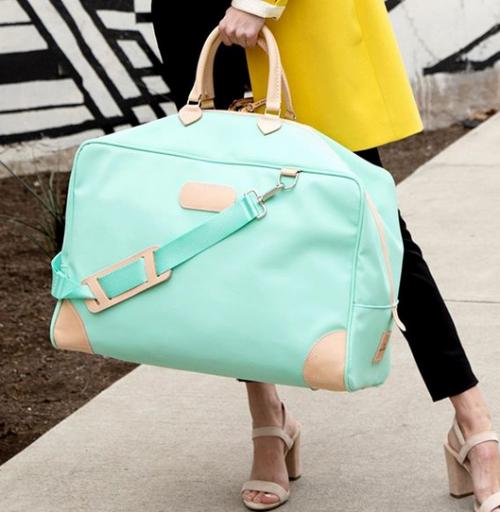 Price: $328.00
Scroll down to customize your order

Need structure in your life? Us too. Our medium-sized bag is one of our great options for an all-purpose, structured overnight bags. The Coachman features rolled leather handles, two large pockets on the inside, and an optional shoulder strap.

Price: $328.00 In stock! - Browse this brand: Jon Hart DesignOur products are custom made to your specifications. This product ships up to 4 weeks after your order is placed. Pre-24th delivery cutoff date: 2022-11-02.
Customize: