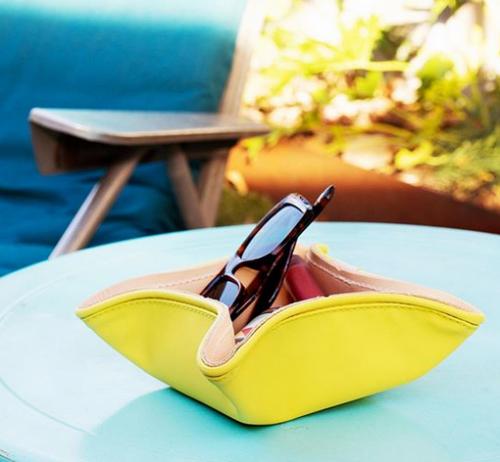 Price: $80.00
Scroll down to customize your order

This Catch-All is a perfect graduation gift for anyone who needs to keep items organized on their dresser at school, or on this desk at the office! Gift them a personalized place to put their change, jewelry, keys, or AirPods each day! A must-have travel gift, it unsnaps and lays flat for packing!

Price: $80.00 In stock! - Browse this brand: Jon Hart DesignOur products are custom made to your specifications. This product ships up to 4 weeks after your order is placed.
Customize:

Personalized Canvas And Leather Barrel Duffel Bag
More like this