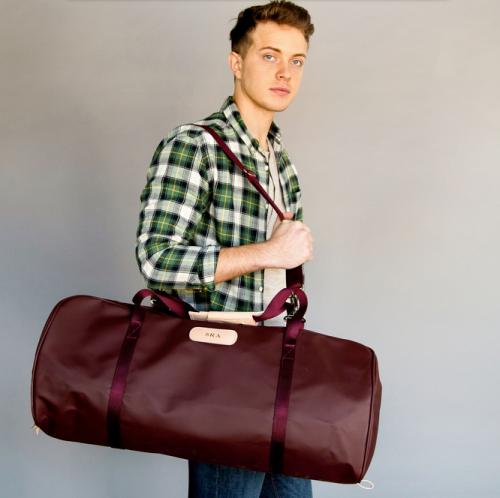 Price: $208.00
Scroll down to customize your order

Jon Hart Designs largest duffel, now with a detachable nylon shoulder strap. Designed for easy access, this duffel is a very roomy  bag that will hold anything and everything for your next adventure!

Jon Hart makes quality canvas and leather luggage that combined with this Joe Duffel would make an excellent gift for graduates or newlyweds for a lifetime of travel needs.

Price: $208.00 In stock! - Browse this brand: Jon Hart DesignOur products are custom made to your specifications. This product ships up to 6 weeks after your order is placed.
Customize: