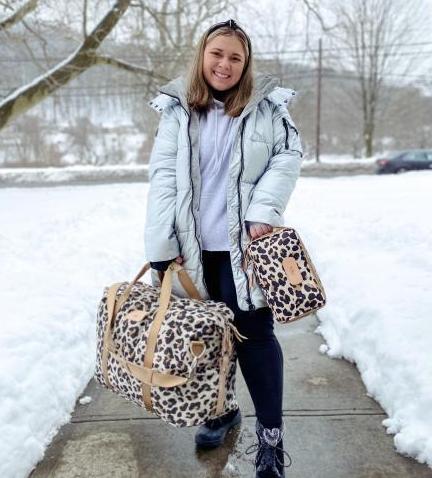 Price: $317.00
Scroll down to customize your order

The Jon Hart Weekender bag is the perfect size bag for a short weekend trip! This canvas duffel bag features interior open pockets and a small exterior zippered pocket. The shoulder strap is detachable and the handles of the bag are natural leather. This is the perfect bag to give you a reason to pack up and take a short trip away for some "Me Time!"

The Jon Hart Weekender g is the perfect accessory for all your travel needs and paired with our other John Hart quality luggage It makes a great gift for graduates or newlyweds.

Price: $317.00 In stock! - Browse this brand: Jon Hart DesignOur products are custom made to your specifications. This product ships up to 4 weeks after your order is placed.
Customize: