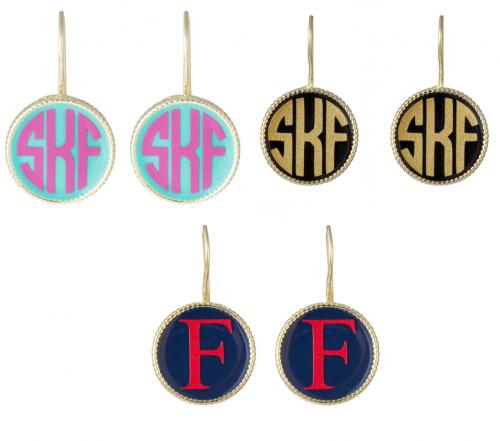 A new way to rock your monogram, the Small French Hook Earrings are created for personalization. Choose from white, black, navy, tortoise, aqua enameled background. Then add your monogram in so many color choices. Font is  shown in the main picture. A nice monogrammed earrings for all outfits, work or play.

Font is shown in picture


Price: $35.00 In stock! - Browse this brand: FornashOur products are custom made to your specifications. This product ships up to 2 weeks after your order is placed.
Customize: