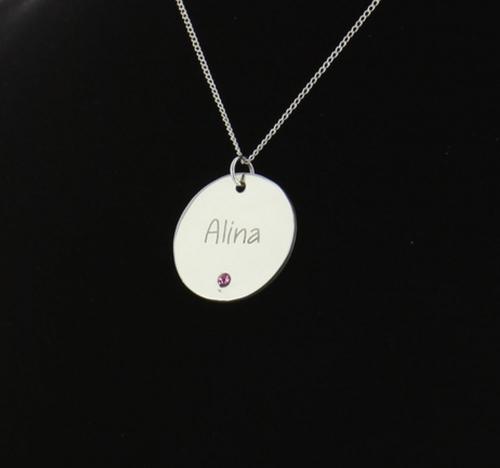 Price: $70.00
Scroll down to customize your order

Perfect for anyone on any occasion!

This necklace is available in your choice of 24K gold plated over sterling silver, sterling silver, or rose gold on a 16" or 18" chain. Disc measures a little over 3/4" and has one 2mm birthstone.


Price: $70.00 In stock! - Browse this brandOur products are custom made to your specifications. This product ships up to 4 weeks after your order is placed.
Customize:

Appears in these galleries
JewelryThe Pink Monogram NecklacesNecklaces And Pendants