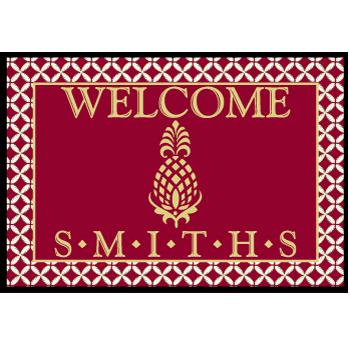 Price: $52.00
Scroll down to customize your order

A great way to personalize your home, dorm or office is to decorate with this elegant pineapple welcome mat.

Please tell us the name for your monogram in the TEXT box below.


Price: $52.00 In stock! - Browse this brandOur products are custom made to your specifications. This product ships up to 3 weeks after your order is placed.
Customize:

Appears in these galleries
Home ItemsWeddings