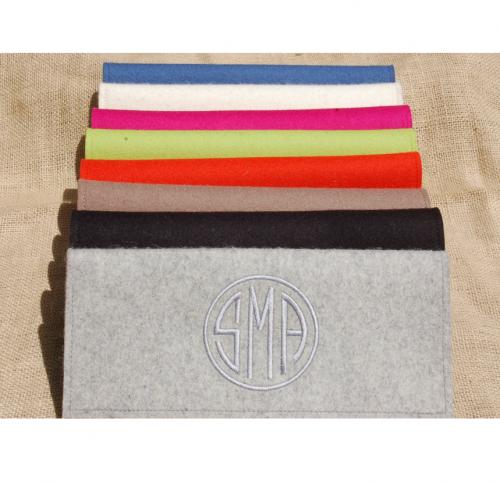 Price: $138.00
Scroll down to customize your order

We have monogrammed the sample in the choice of match thread to bag. So many great colors in the clutch bag that you can match any outfit. I still love the classic Fuchsia done in the lime green thread. Choose your bag color, thread color, fount choice and we will make your bag and ship it right out to you.


Price: $138.00
Customer ratings: 10.0 out of 10 based on 1 ratings.
(customer ratings are limited to customers who have purchased this product)

In stock! - Browse this brand: Queen Bea StudiosOur products are custom made to your specifications. This product ships up to 3 weeks after your order is placed.
Customize: