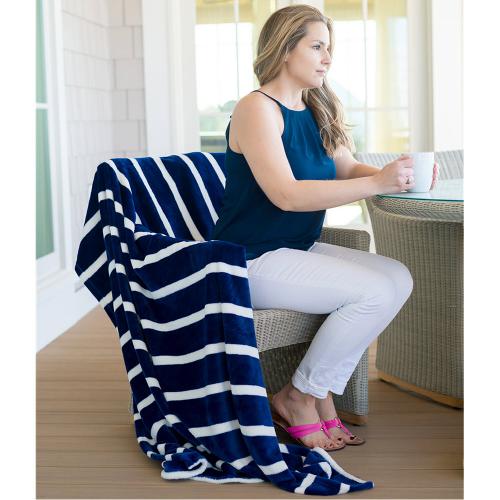 Price: $47.00
Scroll down to customize your order


Chic navy and white stripes are great for anyone and everyone. You will absolutely melt when you wrap up in this snuggly, soft, plush polyester blanket. Lightweight and easy to care for, this is the blanket you can't live without. Add a pop of color when you personalize with a custom embroidered name or monogram. We recommend embroidering in Green, Hot Pink, Mint, Orange, Red, or Yellow thread.

Price: $47.00 In stock! - Browse this brandOur products are custom made to your specifications. This product ships up to 1 weeks after your order is placed.
Customize: