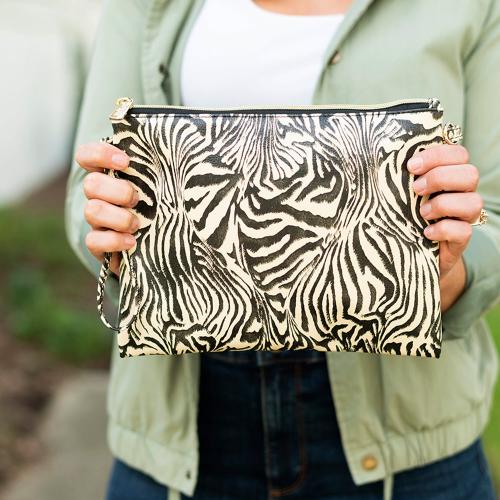 Price: $39.00
Scroll down to customize your order


Exciting zebra safari print gives an exotic feel to this perfectly proportioned purse. As a crossbody, wristlet, interior bag or organizer, this bag can do a little of everything. Personalization lends a bold finish in Hot Pink, Gold, Red, or Aqua. We are really excited about this new addition to ourAnimal Prints Collection

Price: $39.00 In stock! - Browse this brandOur products are custom made to your specifications. This product ships up to 1 weeks after your order is placed.
Customize: