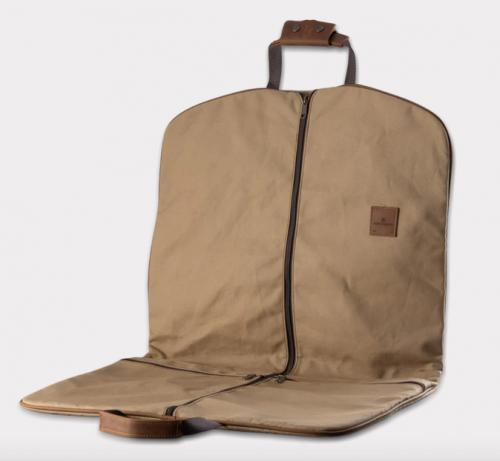 Price: $260.00
Scroll down to customize your order

Marked by the classic JH Oiled Leather & Cotton Canvas combination, this bag protects and stores your formal wear making it the best travel companion. Made like the classic Two-Suitor, this garment bag is designed to hold two shirts and two formal suits during your important travels. Protect it all in style with this JH Two-Suitor.

Price: $260.00 In stock! - Browse this brand: Jon Hart DesignOur products are custom made to your specifications. This product ships up to 4 weeks after your order is placed. Pre-24th delivery cutoff date: 2020-11-16.
Customize: