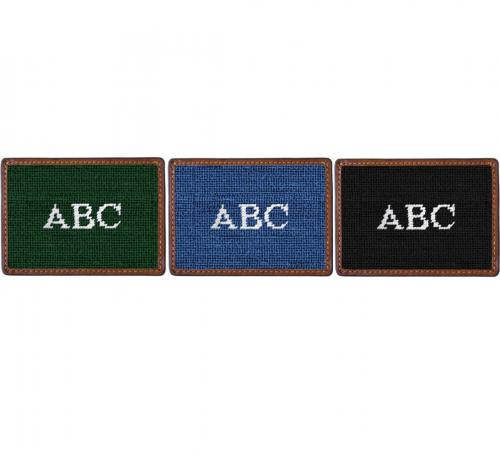 Smathers and Branson hand-stitched needlepoint card wallets are finished with English bull hides tanned in Italy. This slimmer wallet style (4” by 3”) provides enough room for cards, cash, and an ID, but does not take up too much room in the pocket or bag. Great for carrying in your front pocket and something less bulky for a night on the town! Please note that all personalized items from Smathers and Branson take up to 8 weeks to be made.

**NOT Available in SMALL BLOCK font**


Price: $75.00 In stock! - Browse this brand: Smathers and BransonOur products are custom made to your specifications. This product ships up to 2 weeks after your order is placed.
Customize: