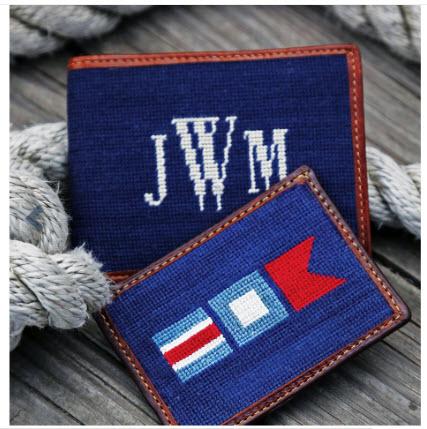 These needlepoint wallets are finished with English bull hides that are tanned in Italy. To us it is a simple formula: great ingredients yield great results. We hope you agree as your wallet breaks in and becomes something you treasure more than what you keep in it.  Please note that all personalized items from Smathers and Branson take up to 8 weeks to be made.


Price: $115.00 In stock! - Browse this brand: Smathers and BransonOur products are custom made to your specifications. This product ships up to 4 months after your order is placed.
Customize: