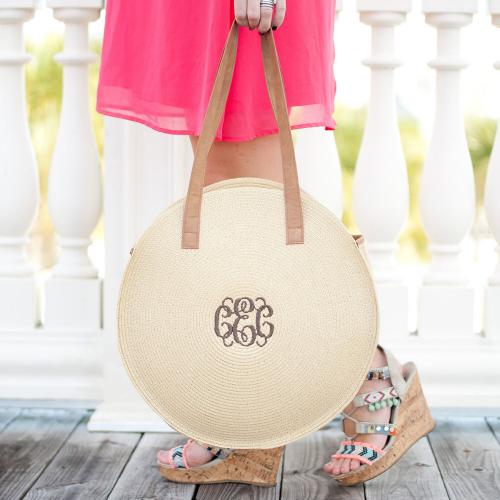 Price: $48.00
Scroll down to customize your order


On trend and tres chic! The effortless style of the Monogrammed Round Natural Bungalow Tote gently transforms your look. Its a great way to add a little something different or compliment a perfected style. Life is short, so enjoy!

Price: $48.00 In stock! - Browse this brandOur products are custom made to your specifications. This product ships up to 1 weeks after your order is placed.
Customize: