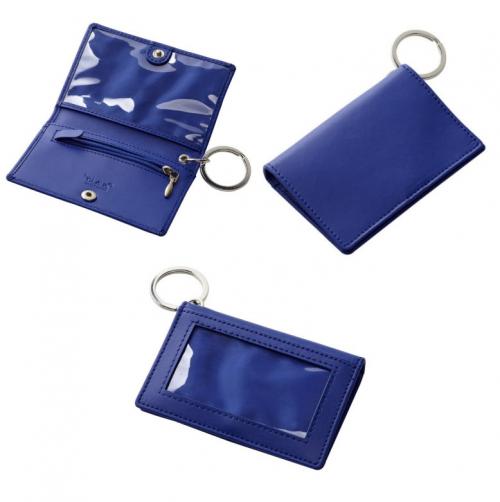 Price: $72.00
Scroll down to customize your order

What is it? A keychain, a coin purse, a wallet..? It is all of those things and will keep your necessities organized and together. The flap opens easily with snap closure (read below for updated version/hook and loop color options) to clear ID window, drop pocket and zipper coin pocket. The exterior back also has an clear window for easy access to ID. Perfect for anyone going to college or those that need to have their ID on the ready. Grab and go!

Personalize with either your monogram or full name up to 25 characters.

PLEASE NOTE: UPDATED VERSION WILL HAVE SNAP, NOT HOOK AND LOOP CLOSURE.
The colors that still have hook and loop closure are: pink, slate and yellow.

Price: $72.00 In stock! - Browse this brand: The Pink MonogramOur products are custom made to your specifications. This product ships up to 2 weeks after your order is placed.
Customize:

Appears in these galleries
Monogrammed Wallets And Coin Purses