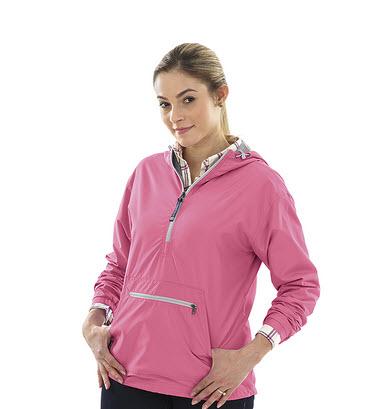 Price: $49.00
Scroll down to customize your order

Our new preppy navy and white striped pull over is sure to be our best seller this year. Our nautical is super cute and will look great with jeans or your white scalloped shorts.The Women’s Chatham Anorak Print s an updated classic meant to be taken with you wherever you go. Made from 100% Softex Polyester, this wind and water-resistant pullover is lined with a lightweight jersey and has a nylon sleeve lining for easy on/off. Monogramming is free.


Price: $49.00 In stock! - Browse this brand: The Pink MonogramOur products are custom made to your specifications. This product ships up to 2 weeks after your order is placed.
Customize:

Appears in these galleries
Rain GearJackets And SweatshirtsPreppy Weather Gear