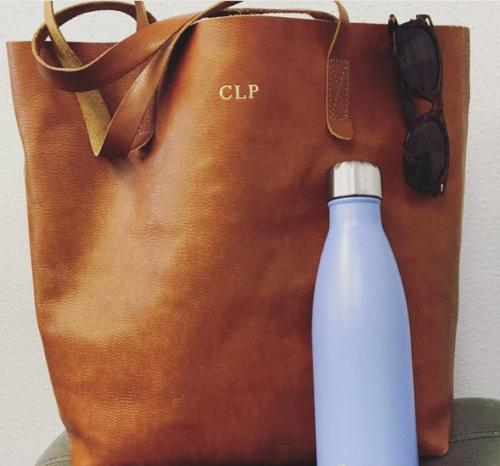 Price: $172.00
Scroll down to customize your order


Jon Hart Personalized Everyday Leather Tote Soft supple leather shoulder tote by Jon Hart comes in this beautiful blonde color that is perfect for all your shopping needs. Comes with a detachable wristlet with monogram and a  zippered closure. The tote also has a 3 letter monogram in foil stamping in gold or silver. I like the gold stamp on this blonde color which is in the brown color family. Shoulder strap has a 9 inch drop and tote measures 14h x 6.5w x 6.5d inches. This great tote can be carried on the shoulder with comfort. Jon Hart makes this tote in 3 other colors amber,blonde and stout.

Price: $172.00 In stock! - Browse this brand: Jon Hart DesignOur products are custom made to your specifications. This product ships up to 4 weeks after your order is placed.
Customize: