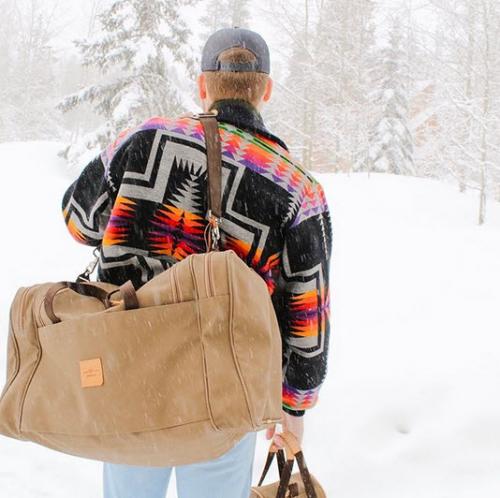 Price: $348.00
Scroll down to customize your order

This is the perfect travel bag for him or her, offered in top quality vinyl-coated canvas, this bag is durable and timeless! This lifetime piece is perfect for your weekend getaways and even was designed with a sleeve on the back to fit over the extended handles of a rolling suitcase! Featuring end pockets that are designed to hold the Jon Hart Large Travel Kit, they pair perfectly for a great gift!

Jon Hart Designs has so many other luggage items that will make a complete gift set for your graduation or wedding!!

Price: $348.00 In stock! - Browse this brand: Jon Hart DesignOur products are custom made to your specifications. This product ships up to 4 weeks after your order is placed. Pre-24th delivery cutoff date: 2022-11-02.
Customize: