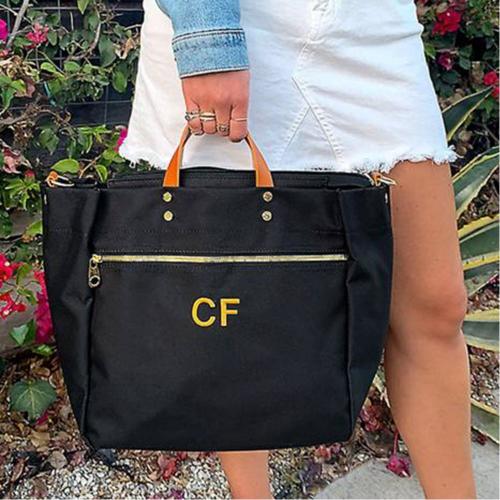 Price: $155.00
Scroll down to customize your order


Finally, the bag that puts your whole life at your fingertips! This popular tote style is a shorter version of our Parker tote. Easy, everyday style in black or camouflage nylon. Embroidered personalization for the perfect finishing touch.

NOTE!  Camouflage is on backorder until the end of January 2020- I am so sorry for the inconvience. If you order it will not ship until then! We sold out on November 28th.

Font Details for the Codie are:


Price: $155.00 In stock! - Browse this brand: CustomBoulevardOur products are custom made to your specifications. This product ships up to 3 weeks after your order is placed.
Customize: