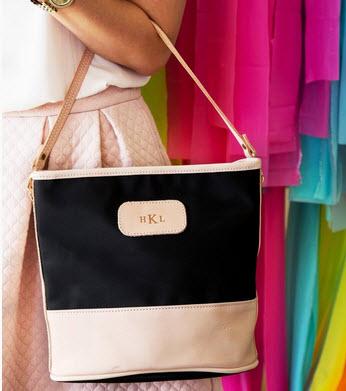 Price: $170.00
Scroll down to customize your order

The handbag of all handbags is finally here! This fully lined, zippered bag features interior pockets as well as two different carrying straps for a crossbody carry or snug on the shoulder look. Our classic Jon Hart vinyl look is accentuated with plenty of gorgeous natural leather on this new fave!

Perfect gift for any bag lover!

Price: $170.00 In stock! - Browse this brand: Jon Hart DesignOur products are custom made to your specifications. This product ships up to 4 weeks after your order is placed.
Customize: